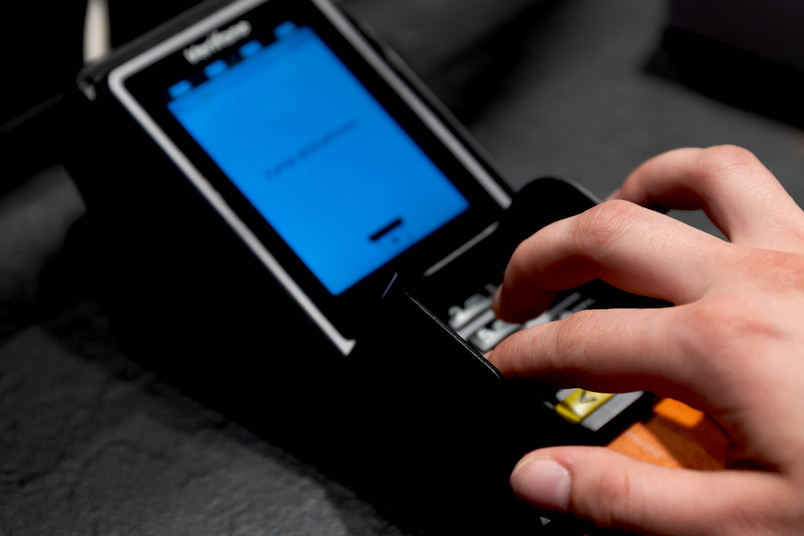 Card readers and other daily-use items are vulnerable to hardware manipulation.
© Michael Schwettmann
IT security

When the hardware traps criminals

Up to now, protecting hardware against manipulation has been a laborious business: expensive, and only possible on a small scale. And yet, two simple antennas might do the trick.

Payment transactions, business secrets, documents that are important for national security: today, the world’s most valuable secrets are often no longer stored on paper, but rather as ones and zeros in virtual space. When we suspect that these secrets are in danger, they usually imagine a threat from afar – attackers trying to capture confidential data through cyberattacks. But there is another threat, a much more direct way to get into other people’s systems, namely by tampering with the hardware. The valuable information is ultimately nothing more than electrical currents that travel between different computer components via conductive paths. A tiny metallic object, positioned in the right place on the hardware, can be enough to tap into these data streams. 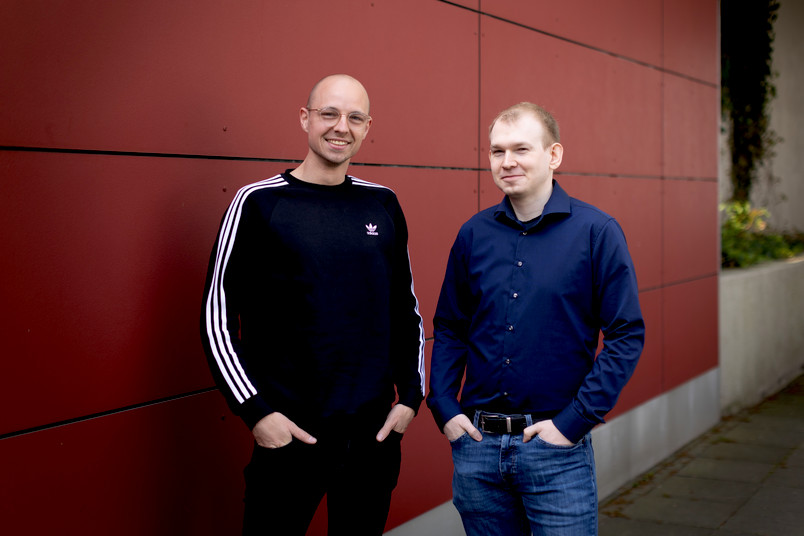 Paul Staat (on the left) and Johannes Tobisch are doing their PhDs at RUB and conducting research at the Max Planck Institute for Security and Privacy in Bochum.
© Michael Schwettmann

Both are doing their PhDs at RUB and research at the Max Planck Institute for Security and Privacy in Bochum. As members of Professor Christof Paar’s team, they are developing methods to protect against hardware manipulation. They are cooperating with Dr. Christian Zenger from the RUB spin-off company PHYSEC, who laid the foundations for this technology when he was a RUB researcher.

Researchers from Cambridge showed as early as 2008 how easily various card readers can be manipulated – even though the manufacturers had built in protection against manipulation. This protection, however, only secures individual components of the devices, such as the processor. But the data can still be tapped on the circuit board tracks: the researchers succeeded in reading out both the data of the cards and the PINs that were entered. Criminals adopt a similar approach and even modify card readers in such a way that data can be read out and transmitted via Bluetooth. “There’s a regular market for such manipulations,” says Paul Staat.

Mechanisms designed to protect hardware from tampering do exist, of course. “Typically, it’s a type of foil with thin wires in which the hardware component is wrapped,” explains Paul Staat. “If the foil is damaged, an alarm is triggered.” However, this method can only be used to protect small components, not the whole system: it’s impossible to wrap an entire computer case in the foil, but only an individual key component like a memory element or a processor, for example. But Tobisch and Staat are working on a technology that would monitor entire systems for manipulation – and wouldn’t be so expensive.

For this purpose, the researchers employ radio waves. They install two antennas in the system that they want to monitor: a transmitter and a receiver. The transmitter sends out a special radio signal that spreads everywhere in the system and is reflected by the walls and computer components. All these reflections cause a signal to reach the receiver that is as characteristic of the system as a fingerprint.

Technology reacts to the slightest changes

Tiny changes to the system are enough to have a noticeable effect on the fingerprint, as a demonstration by the two researchers shows: they have built their radio technology into an old computer housing. The measured radio signal is rendered visible on a laptop as a curve that shows the strength of the signal at different frequencies in real time. Then, Staat and Tobisch unscrew one of the screws on the outside of the housing a little. The frequency curve reacts with a noticeable deflection that wasn’t there before.

The videos shows how the technology for detecting hardware manipulation works. The transmitter sends out a special radio signal that is reflected by the walls and computer components. Therefore, it is as characteristic of the system as a fingerprint (red curve).

To test the technology, a robot inserts a thin needle into a computer housing (small image). The red curve shows what the radio fingerprint looks like in its default state without manipulation. Due to disturbances caused by, for example, draughts or temperature fluctuations, the curve changes slightly over time. The yellow curve shows the radio fingerprint while a needle is inserted into the computer housing. It changes considerably as a result. The blue curve shows the difference between the default state and the manipulated state and illustrates the sensitivity of the radio signal to the manipulation.

For their research, Johannes Tobisch and Paul Staat take a more systematic approach. Their test object is a conventional computer with holes drilled in its casing at regular intervals. Through these holes, the researchers can let a fine metal needle penetrate the inside of the system and check whether they notice the change in the radio signal. In the process, they vary the thickness of the needle, the position and the depth of penetration. To ensure that the experiment takes place under controlled and reproducible conditions, the researchers have specifically purchased a high-precision robot that inserts the needle into the housing with micrometre precision.

Measurements while the computer’s running

“A unique aspect of our approach is that we are carrying out the experiment while the computer is running,” points out Tobisch. This causes all kinds of interference. “The fans are like little hoovers and the processor is like a heater,” illustrates Staat. These fluctuations in the ambient conditions affect the radio signal. The researchers have to measure such disturbances and factor them out in order to determine whether fluctuations in the signal are legitimate or the result of manipulation.

The IT experts from Bochum can reliably detect the penetration of a needle 0.3 millimetres thick with their system from a penetration depth of one centimetre. The system still detects a needle that is only 0.1 millimetres thick – about as thick as a hair – but not in all positions. “The closer the needle is to the receiving antenna, the easier it is to detect,” explains Staat. The thinner and further away the needle, the more likely it is to go undetected. The same applies to the penetration depth: the deeper the needle is in the system, the easier it is to detect. “Therefore, in practical applications, it makes sense to think carefully about where you place the antennas,” as Tobisch sums up the findings. “They should be as close as possible to the components that require special protection.”

It’s always a compromise between cost and accuracy.

Johannes Tobisch and Paul Staat let their experiment run for ten days, thus showing that the measuring system remains stable over a prolonged period. Later, they even extended the measurement period to a whole month. In addition to expensive high-precision measuring technology for recording the fingerprint, they also compared the radio signal with simple technology that sells for a handful of euros. They found that this technology did the job, too, albeit with a slightly lower hit rate. “It’s always a compromise between cost and accuracy,” says Paul Staat.

Depending on the intended use, the impact of ambient conditions would also have to be taken into account. After all, if the temperature or humidity in the room changes, these changes can also affect the radio fingerprint. “We hope to tackle such problems in the future with the help of machine learning,” anticipates Johannes Tobisch. The idea is that artificial intelligence could autonomously learn which changes in the radio signal are due to non-critical changes in the surroundings and which are due to manipulation.

“Fundamentally, there’s nothing standing in the way of a broad application of this technology. It is suitable for both high-security applications and everyday problems,” stresses Christian Zenger, founder and CEO of PHYSEC. The IT company already uses the technology to prevent unauthorised manipulation of critical infrastructure components. “There are plenty of other technical systems that need to be protected not only from remote cyberattacks but also from hardware manipulation,” he adds. “Examples include control units in cars, electricity meters, medical devices, satellites and service robots.”

Funding and other applications

The project is embedded in the Cluster of Excellence CASA – Cyber Security in the Age of Large-Scale Adversaries. A few years ago, CASA researchers already proposed the use of a similar technique to control the disarmament of nuclear weapons. Read more