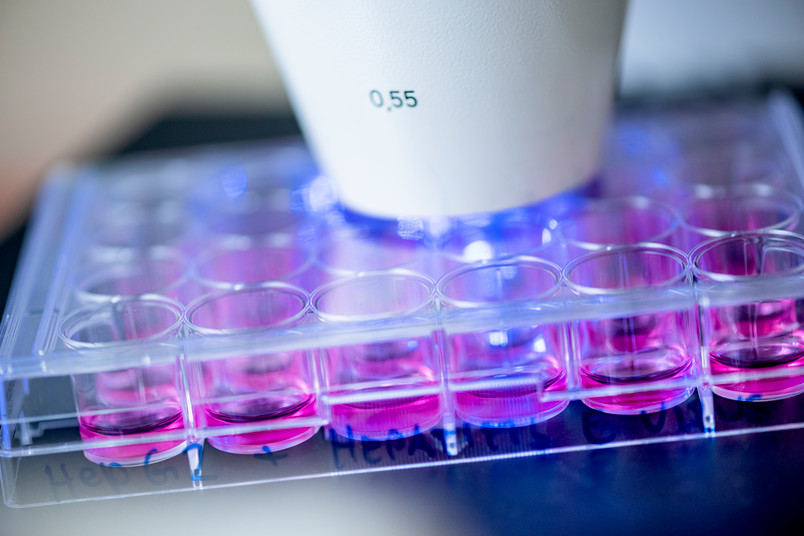 An extremely fast reproducing virus variant is to blame for the therapy resistance of hepatitis E. Still, it has now helped researchers create a cell culture model.

As far as research is concerned, hepatitis E (HEV) had long led a shadowy existence – even though it is the main cause for acute viral inflammation of the liver. It causes an estimated 70,000 deaths annually. Professor Eike Steinmann and Dr. Daniel Todt from the Department for Molecular and Medical Virology at Ruhr-Universität Bochum (RUB) use big data in order to gain a better understanding of the virus. They detected an extremely fast reproducing variant by analysing the genetic information of all variants in samples taken from patients. That variant helped them create a functional cell culture model. Rubin, the RUB’s science magazine, published a report on their research.

No effective therapy due to insufficient knowledge

Unlike with other viruses, there is no vaccination available for hepatitis E, nor do any specific effective drugs exist. Some, but not all, patients respond to active substances commonly used against viruses, such as interferon alpha and ribavirin.

Researchers don’t know enough about the virus to develop effective therapies. How exactly does it replicate? What makes it so mutable? Why doesn’t it always respond to treatment with common drugs? Striving to find the answers to these questions, Daniel Todt and Professor Eike Steinmann collected and analysed serum samples from patients with chronic HEV infection over a one-year period.

Once the tests had been evaluated, it emerged that the virus populations in chronic HEV patients were particularly diverse. Certain genetic variants accumulated in patients who did not respond to ribavirin therapy.

Happy coincidence for the virus

One genetic variant caught the researchers’ eye: it promoted the proliferation of the virus to a great extent – a happy coincidence for the virus. Due to the speedy replication, that variant quickly became dominant within the population and caused a drastic increase in virus quantities. These findings have enabled the researchers to predict the outcome of ribavirin treatment in individual patients at an early stage.

For the researchers in Bochum, discovering of the extremely fast reproducing virus variant was a stroke of luck in yet another respect. They were thus able to establish a cell culture system for hepatitis E for the very first time. “To date, it had not been possible to proliferate viruses in a culture sufficiently; consequently, the measurement window for analysing hepatitis E in cell culture was much too small,” points out Eike Steinmann.

Hope for cure through natural substance

A first variant of the cell culture model was utilised to test how the naturally occurring active substance silvestrol affected the replication of hepatitis E viruses. Following silvestrol treatment, the multiplication rate and the number of infected cells dropped drastically. “Silvestrol was much more effective than ribavirin,” concludes Daniel Todt.

You can find a detailed article on this topic in the science magazine Rubin. Texts on the website and images in the download page are free to use for editorial purposes, provided the relevant copyright notice is included.