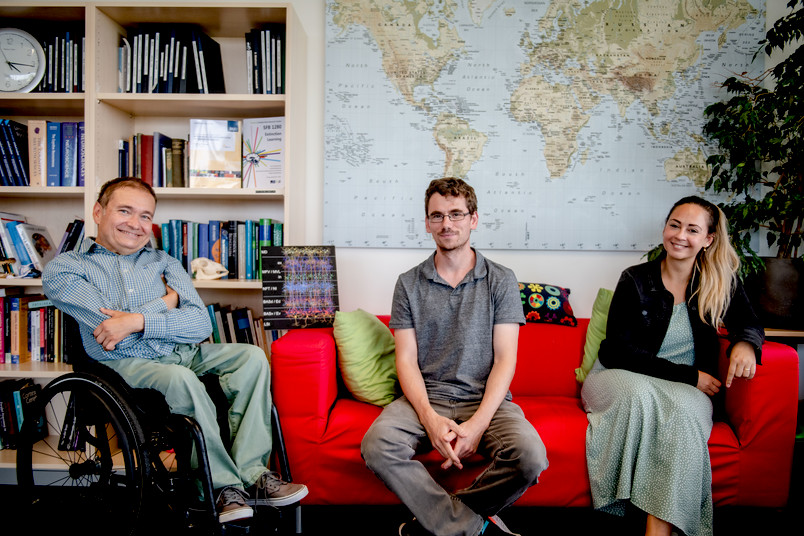 The surprising organisation of avian brains

A research team clears up 150 years of false assumptions.

Some birds can perform amazing cognitive feats – even though their forebrains seem to just consist of lumps of grey cells, while mammalian forebrains harbour a highly complex neocortex. A study conducted by a research team at Ruhr-Universität Bochum (RUB) and researchers from Düsseldorf, Jülich and Aachen reveals for the first time amazing similarities between the neocortex of mammals and sensory brain areas of birds: both are arranged in horizontal layers and vertical columns. These findings refute 150-year-old assumptions. The team, published its findings in the journal “Science” from 25. September 2020.”

Birds and mammals have the largest brains in relation to their body. Apart from that, however, they have little in common, according to scientific opinion since the 19th century: mammalian brains have a neocortex, i.e. a cerebral cortex that’s made up of six layers and arranged in columns perpendicular to these layers. Avian brains, on the other hand, look like clumps of grey cells.

“Considering the astonishing cognitive performance that birds can achieve, it seemed reasonable to suspect that their brains are more organised than expected,” says Professor Onur Güntürkün, Head of the Biopsychology Research Unit at the RUB Faculty of Psychology. He and his former doctoral students Dr. Martin Stacho and Dr. Christina Herold proved this in several experiments.

In the first step, the researchers deployed a new method perfected by the Düsseldorf and Jülich teams: so-called 3D polarized light imaging, or 3D PLI for short, is capable of displaying the orientation of individual nerve fibres. To the researchers’ surprise, an analysis of the brains of various birds revealed an organisation that is similar to that in the mammalian brain: here too, the fibres are arranged horizontally and vertically in the same way as in the neocortex. 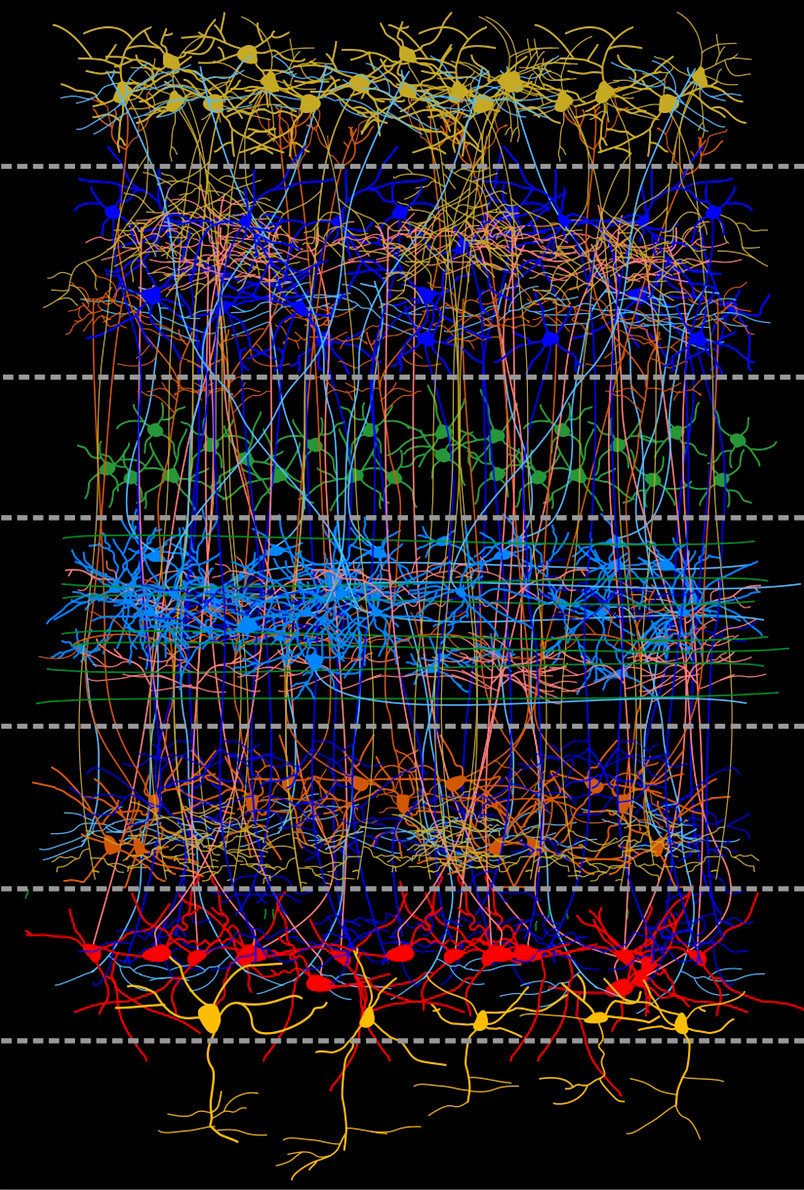 Similar to the cortex of mammals, the nerve cells in certain areas of the brain of birds are organized in vertical layers and horizontal columns.
© RUB-Biopsychologie

In further experiments, the researchers used tiny crystals, which are absorbed by nerve cells in brain slices and transport them to their smallest dendrites, to examine the interconnection of cells in the bird brain in detail. “Here, too, the structure was shown to consist of columns, in which signals are transmitted from top to bottom and vice versa, and long horizontal fibres,” explains Onur Güntürkün. However, this structure is only found in the sensory areas of the avian brain. Other areas, such as associative areas, are organised in a different way.

Some birds are capable of astonishing cognitive performances to rival those of higher developed mammals such as primates. For example, ravens recognise themselves in the mirror and plan for the future. They are also able to put themselves in the position of others, recognise causalities and draw conclusions. Pigeons can learn English spelling up to the level of six-year-old children.