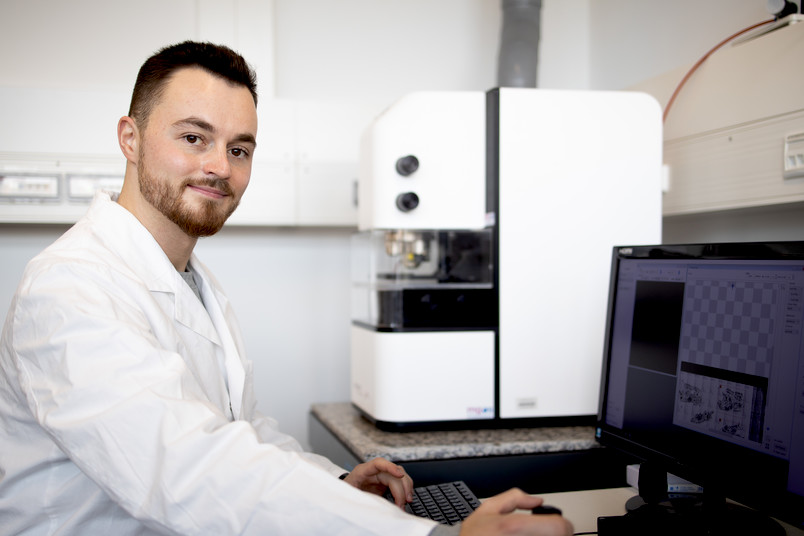 One cannot simply look inside someone else’s head. This makes it difficult to understand what is happening in the brains of people with dementia. A new method offers insights.

In Alzheimer’s disease patients, the protein amyloid-beta (Aβ) clumps up in the brain to form so-called fibrils. This has a toxic effect on the surrounding nerve cells. It is believed that immune cells compact the Aβ fibrils into what are known as plaques. It is now possible to track the development of these microscopically small structures in human using infrared microscopy. A team of researchers from Ruhr-Universität Bochum (RUB) and Vrije Universteit Amsterdam (VU) has determined the development stages of Aβ fibrils and has thus been able to understand the development of plaques. The researchers report in the academic journal Acta Neuropathologica Communications on 11 December 2020.

The team from the Centre for Protein Diagnostics (Prodi) at RUB is working with the Amsterdam University Medical Centers (Amsterdam UMC) - location Vrije University (VUmc) in order to pool expertise in protein and dementia research. Medical experts such as Baayla Boon from VUmc attends to patients with dementia in the clinic and examines the post mortem brain tissue, which is diligently collected by the Netherlands Brain Bank (NBB). Razor-thin slices are cut from the brain for examination. “Such slices of tissue allow us to look deep within the convolutions of the brain,” says Baaylas supervisor Professor Annemieke Rozemuller, Head of Neuropathology at VUmc. 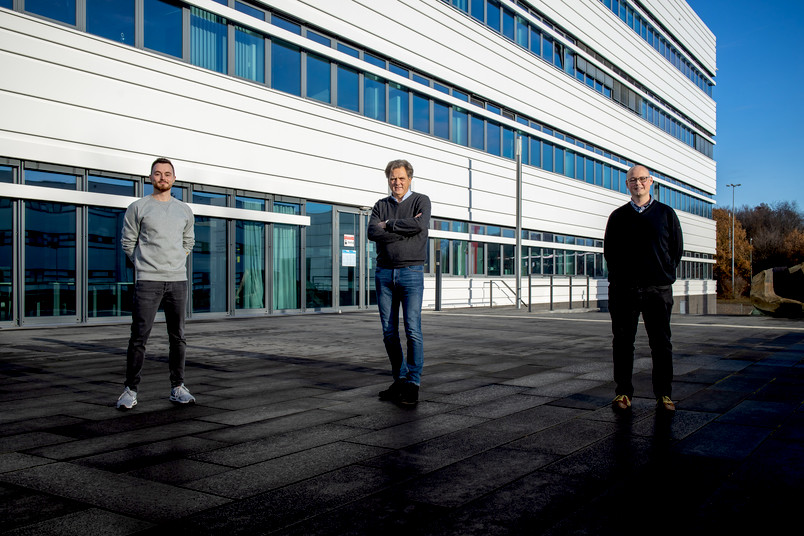 The groups exchange samples and findings at regular meetings. In Bochum, protein researchers led by Professor Klaus Gerwert, Head of Biophysics and Founding Director of Prodi at RUB, examine the brain tissue. The plaques contained in this are illuminated with infrared light in special microscopes. “This allows us to determine the folding of biomarker proteins in the tissue,” says Dominik Röhr from Prodi.

A new timeline for plaques

The formation of Aβ fibrils is well known from laboratory experiments. First, Aβ folds like a sheet of paper to form so-called β-sheets. These clump together into small groups, which are known as oligomers. Over time, the β-sheets come together like a deck of cards to form fibrils. The Bochum-based researchers led by Klaus Gerwert utilize this process as an internal clock for plaques. Newly developed plaques contain many oligomers. Over the course of plaque development, fibrils are continuously formed. The researchers thereby concluded that plaques pass through different stages during their development. “It has not been possible to directly observe the development of plaques so far. By combining methods from medicine and physics, new possibilities are now opening up,” says Klaus Gerwert, delighted.

On the left is a fully developed plaque of brown-stained Aβ. On the right, the structure of Aβ determined by infrared microscopy is shown. In core are fibrils (red), around are mainly oligomers (blue).
© Prodi

Knowledge for the fight against Alzheimer’s disease

Aβ is the focus in the fight against Alzheimer’s disease. A central approach in the search for a cure is dissolving the plaques in the patients’ brains. “Early diagnosis of Alzheimer’s disease is crucial to prevent Aβ from causing irreparable damage in the brain,” says Dominik Röhr. Promising medications are currently undergoing approval testing. These include the antibody aducanumab, which can break down plaques in the brain. The new findings from infrared microscopy indicate that the development of plaques could be stopped at an early stage by preventing the formation of oligomers. These are considered to be particularly harmful to the brain. The toxic effect of Aβ could thus be minimised with suitable drugs.