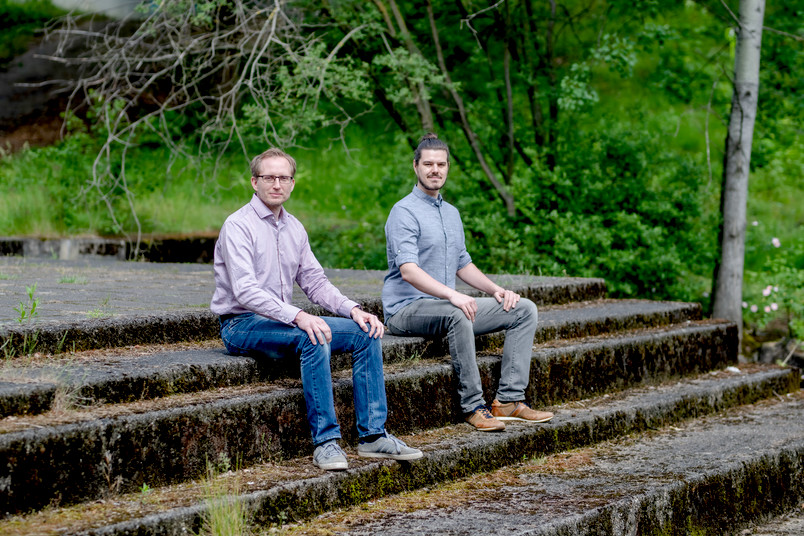 What happens in brain cells affected by Alzheimer’s disease?

Studies on tissue from patients and mini-brains made from stem cells shed light on the disease.

In addition to plaques that accumulate outside of nerve cells in the brain, Alzheimer’s disease is also characterised by changes inside these cells. Researchers from the Cell Signalling research group at the Chair of Molecular Biochemistry at RUB, headed by Dr. Thorsten Müller, have been studying what exactly happens in these cells. They determined that various proteins and protein components accumulate in the cells, which also affect their functions. Moreover, they identified a correlation between the progression of the disease and certain corpuscles in the cell nuclei. They published their report in the journal Acta Neuropathological Communications on 13 April 2021.

Aggregates seem to have a function

Affecting over 50 million people, Alzheimer’s disease is the most common form of dementia and primarily occurs in people over the age of 65. The pathology of the disease in the brain is mainly characterised by two factors: beta-amyloid plaques outside the nerve cells and tau proteins. The tau protein stabilises tube-like structures (microtubules) inside cells, which are relevant for the transport of nutrients in nerve cells. Beta-amyloid is a protein present in the body that is formed by the cleavage of the amyloid precursor protein (APP).

APP is embedded in the cell membrane of the nerve cells and protrudes both on the inside and outside. Typically, it is cleaved once near the cell membrane The part inside the nerve cells is unstable and disintegrates. In Alzheimer’s patients, two cleavages take place, resulting in the formation of three parts. The new findings now indicate that the part inside the nerve cells is more stable in Alzheimer’s patients. It consists of only approximately 50 amino acids and can, under certain conditions, migrate into the cell nucleus together with other proteins such as FE65 and TIP60. This protein complex, also known as nuclear aggregates, has the capacity to manipulate the cell’s gene expression. “This suggests that the aggregates have a function in this region,” points out lead author David Marks from the Cell Signaling group at RUB. Closer analysis confirmed this evidence, as a protein was found within the nuclear aggregates that is involved in the modification of DNA.

“To understand this mechanism even better, we looked for other proteins that might be part of these aggregates and identified two more candidates involved in the nuclear aggregates, the so-called tumour suppressor proteins P53 and PML,” explains David Marks. The study team showed in experiments on living cells that nuclear aggregates formed from the proteins APP-CT50, FE65, TIP60 and PML fuse with each other over time and produce even larger nuclear aggregates.

In addition, they examined brain samples from older deceased persons as well as self-generated neuronal tissue from induced pluripotent stem cells. “These mini-brains, so-called cerebral organoids, reflect the embryonic and developmental phase of a brain fairly accurately,” explains Thorsten Müller. The research team found nearly no nuclear aggregates in the comparatively young cerebral organoids, whereas they were present in brain samples from older patients. “This leads us to conclude that the process depends on age,” says Müller.

Furthermore, the researchers showed on these brain samples that APP-CT50 and FE65 can make up part of the so-called PML bodies, which occur naturally in large numbers of cell nuclei. Upon further analysis of hippocampal brain slices from Alzheimer’s patients, the authors identified a significant correlation between a reduced number of PML bodies in the nucleus in regions with a high beta-amyloid plaque load. In particular, such regions mean that there is higher expression and processing of APP. This may suggest that the transfer of APP-CT50 and FE65 into the nucleus is part of AD pathology and affects the fusion of PML bodies there.