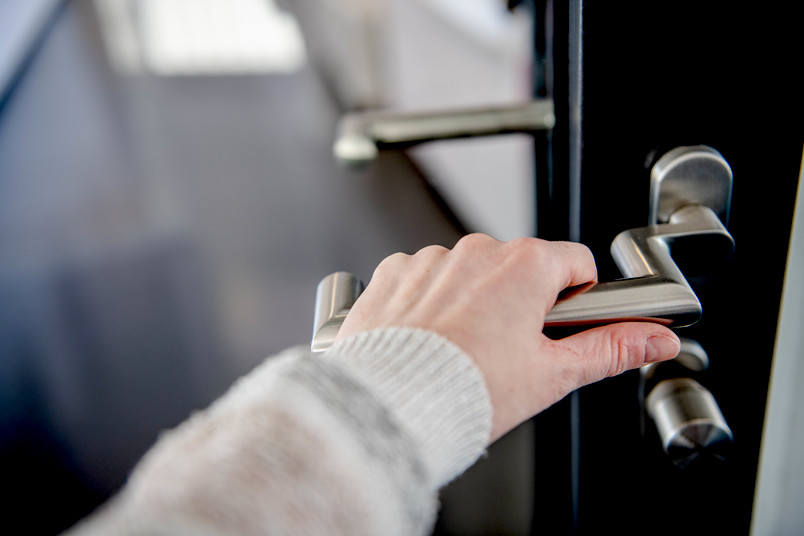 The material a surface is made of affects how long viruses and bacteria can remain contagious on it.
© RUB, Marquard
Virology/Materials Research

Copper and silver are known for their antibacterial properties. Researchers from Bochum have explored their effectiveness against viruses.

Silver and copper ions wipe out many pathogens. That’s why implants and medical instruments, for example, are coated with these metals. Researchers from Molecular and Medical Virology and Materials Research at Ruhr-Universität Bochum (RUB), in cooperation with Surgical Research at the Bergmannsheil University Hospital in Bochum, have studied whether these metals can also help contain the Covid-19 pandemic by rendering Sars-Cov-2 harmless. They showed that a copper coating eliminates the virus. But the same is not true for silver. The team published their findings in the journal Scientific Reports from 3 May 2022.

Base material sacrifices itself

As a result of corrosion, copper and silver release positively charged ions into their environment, which are harmful to bacteria in several ways and prevent their growth or kill them completely. This effect has long been exploited, for example by coating implants with these metals to prevent bacterial infections. There are some tricks that can be employed to release even more ions and intensify this effect. For example, the team headed by materials researcher Professor Alfred Ludwig uses a so-called sputtering system with which the thinnest layers or tiny nanopatches of the metals can be applied to a carrier material. Depending on the sequence or quantity in which the individual metals are applied, different surface textures are created. If a precious metal such as platinum is also applied, silver corrodes even faster and releases more antibacterial ions. “In the presence of a more noble metal, the baser metal sacrifices itself, so to speak,” as Ludwig outlines the principle of the sacrificial anode. The effectiveness of such sacrificial anode systems against bacteria has already been demonstrated and published several times by the surgical research team headed by Professor Manfred Köller and Dr. Marina Breisch.

However, whether viruses can also be rendered harmless in this way has not yet been investigated in detail. “This is why we analysed the antiviral properties of surfaces coated with copper or silver as well as various silver-based sacrificial anodes, and also examined combinations of copper and silver with regard to possible synergistic effects,” says virologist Professor Stephanie Pfänder. The team compared the effectiveness of these surfaces against bacteria with the effectiveness against viruses.

Marina Breisch describes the effect of the surfaces on the Staphylococcus aureus as follows: “Surfaces with sacrificial anode effect, especially nanopatches consisting of silver and platinum as well as the combination of silver and copper, efficiently stopped bacterial growth.” A different picture emerged with Sars-Cov-2: thin copper layers significantly reduced the viral load after only one hour. Sputtered silver surfaces, on the other hand, had only a marginal effect, and silver nanopatches did not impress the virus either. “In conclusion: we demonstrated a clear antiviral effect of copper-coated surfaces against Sars-Cov-2 within one hour, while silver-coated surfaces had no effect on viral infectivity,” says Stephanie Pfänder.

The successful interdisciplinary cooperation between materials research, clinical microbiology and virology is going to be deepened in future studies, in order to identify other materials with the broadest possible antimicrobial effect.

Articles on the subject